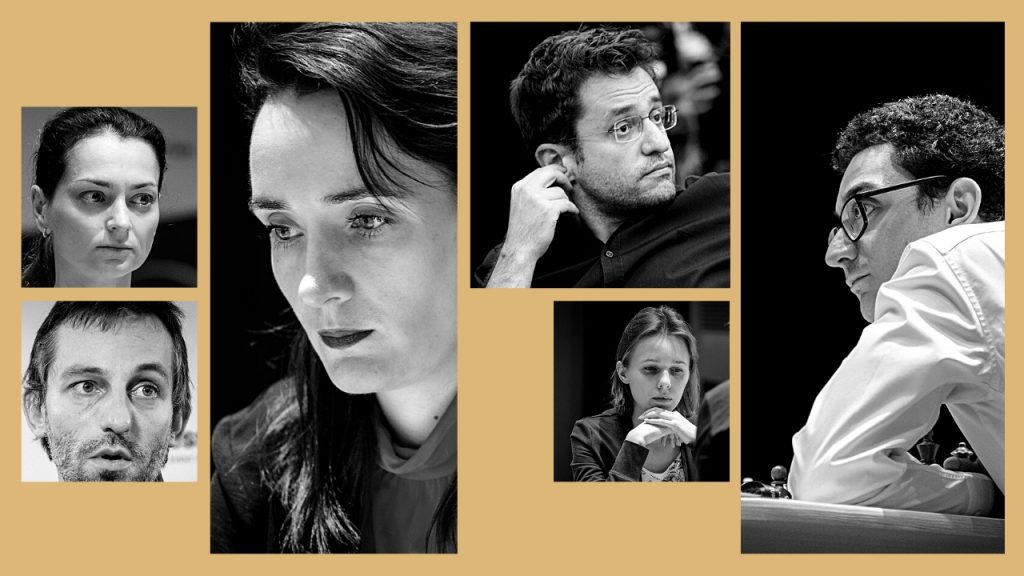 FIDE is pleased to confirm the list of players who will take part in the 2021 FIDE Chess.com Grand Swiss Tournament and the inaugural Women’s Grand Swiss. Altogether 164 players will be participating.

The Grand Swiss tournament will see 114 players from 39 federations take part. The world’s second highest-rated player and former contender for the title of World Champion, American Fabiano Caruana, leads the lineup. He is joined by other leading world heavyweights such as Levon Aronian, Alexander Grischuk, Maxime Vachier-Lagrave, Shakhriyar Mamedyarov, as well as the top-10 newcomers, Richard Rapport and Alireza Firouzja.

FIDE has awarded special wild cards to more than 20 players, ensuring that the strongest world juniors and players from all continents take part.

The average rating of the players in the Grand Swiss is 2647, making this the strongest Swiss-system chess tournament in the world.

This year the inaugural Women’s Grand Swiss will be played as well, bringing together the top 50 women players from 26 federations. The field is led by the former European Women’s Champion and currently ranked fifth women’s player in the world, Kateryna Lagno. She is joined by Mariya Muzychuk, Alexandra Kosteniuk and Nana Dzagnidze, from the women’s top-10 list. The average rating of players in the Women’s tournament is 2417.

“FIDE is very pleased that the Grand Swiss – organised together with Chess.com and with the generous support of the Scheinberg family – is returning this year. By bringing together most of the highest-rated players in the world, including the strongest juniors, FIDE and its partners are demonstrating their support for talented, promising players from across the globe. This year we will also have the first-ever Women’s Grand Swiss, which is another step in FIDE’s effort to promote female chess,” said FIDE President Arkady Dvorkovich.

“I hope that Riga, the birthplace of the great Mikhail Tal and Aron Nimzowitsch, will warmly welcome the world’s best players and that this will be a great event”, Dvorkovich said.

Alan Ormsby, the original organiser of the Grand Swiss before it was moved from the Isle of Man to Riga, welcomed the announcement of the list of players for the forthcoming event. “Unfortunately, covid-related restrictions made it impossible for the Isle of Man to commit to hosting the FIDE Chess.com Grand Swiss and Women’s Grand Swiss, although we left the decision as late as possible. Emil Sutovsky and Dana Reizniece-Ozola are to be commended for finding an alternative host at such short notice that could welcome all 164 players”.

“On behalf of IOM International Chess Limited, plus the event’s sponsor, the Scheinberg family, I wish the Riga organisers well in hosting the tournaments”, said Ormsby.

The 2021 FIDE Chess.com Grand Swiss Tournament and Women’s Grand Swiss will be held from the 25th of October to the 8th of November at the Hanzas Perons Cultural Centre in Riga, Latvia. Both tournaments are part of the qualifications for the 2021-23 World Championship cycle, with the top two players in the open event qualifying for the 2022 Candidates Tournament and the following six securing spots in the Grand Prix. The winner of the Women’s Grand Swiss will qualify directly for the Women Candidates and four best players will qualify for the next year’s Women’s Grand Prix.

Please find the list of players for the 2021 FIDE Chess.com Grand Swiss Tournament and Womens Event.

For further information and press accreditations to the event, please contact the FIDE Press Office at press@fide.com